Welcome to the Firecat blog! We cover all things web strategy and design, mobile, email, social media, marketing. Our work and passion is the sweet spot where all these tools work together in harmony.

If you were one of the warm, welcoming folks at the Leon Valley Chamber of Commerce yesterday, or even if you weren't - here's a slideshare of my presentation. Thanks for inviting me.

Face-to-face networking groups like yours are invaluable. I know you think that's important, or I wouldn't have met you at a chamber of commerce event. If you're already doing social media - I hope it's working for you. If you're not yet - claim your free profiles in the "Big Three" - LinkedIn, Facebook and Twitter - and at least create links back to your website.

For those of you who are interested in our Firecat First Friday Coworking & Brownbag sessions, we invite you to register for email notifications on the Firecat website. The next session is from noon - 1:30 pm on Friday, October 1, 2010, on Facebook - presented by Jennifer Navarrete (@epodcaster). Our address is 918 Nolan, #104, San Antonio, TX 78202.

Comments and discussion welcome, and I'll see you folks online!

Firecat First Friday coworking & brownbag for September revolved around smart phone and mobile device apps. We were happy to have Michael Espinosa, aka @themobilecoach in attendance, since he is both very knowledgeable and device-agnostic. iPhones, Blackberries, Androids - smart phones are more similar than different.

"Blackberry, iPhone and Android - almost all the primary, important apps work fine on all of them. Pick one and just get really familiar with it; load it up with the apps you need."-@themobilecoach

Which Smartphone Should I Get?

Michael @themobilecoach makes a living helping people make this decision and maximize their phone of choice, and he recommended these as prime picks: With Apple's focus on user experience and design, Android and Blackberry tend to mimic the interface and design of iPhone and the iTunes Store - but we all benefit from the features one-upsmanship and the price, network strength and speed, and availability their competition provides.

Which Provider Is Best? 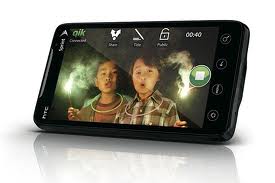 Sprint, Verizon, T-Mobile, AT&T, Pocket - if you're not already committed or handcuffed by your device choice, go to BestBuy to shop for phone and provider at one time. It helps to find out which provider has good coverage in your primary areas - ask folks around you who they use and how many dropped calls they experience; many will have tried several and settled on one due to coverage. Then pick a vendor and maximize your deal.

What if you want a specific phone only one vendor provides? It is possible to "jailbreak" a device; for example, you can have an iPhone that isn't on the AT&T network. It's not illegal, but you do lose the support of the software vendor in case of problems. In some cases, it's worth it.

How Well Does Your Phone Play with your Other Toys? Be sure to consider your needs across all your computers, devices and software, too. If you have an Apple laptop, you will find the iPhone interface intuitive and familiar. If you're a Google Apps and gMail user, the Android will give you that same sense of coming home.

Paying for a broadband card? Think about a smart phone that acts as a wifi hotspot or lets you "tether" your laptop to it, as that can save you some cash.

Michael has promised us a peek at a grid of full recommendations for the top must-have apps across Android, Blackberry and iPhone that he's working on. In the meantime, here are the notes from today's Firecat coworking & brownbag session. For each app, I've listing who recommended it as well as the platforms that support it. The nice thing about these apps - the "stores" where you buy them have tons of reviews as well - so you don't have to take our word for it. 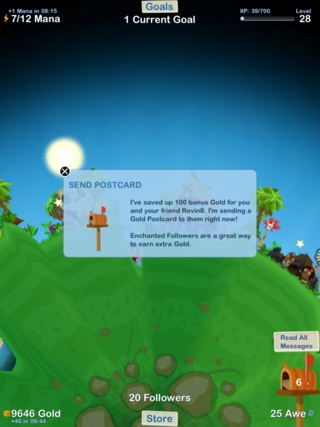 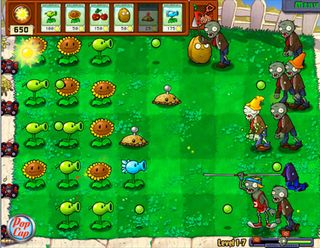 What's So Cool About the iPad?

Michael and I brought our iPads for some show-and-tell, and we discussed the interesting form factor and possibilities of the device.

As I told the group:

"When the iPad first came out, I planned to wait for the second generation. I'm an iPhone and Mac user, but I couldn't figure out why I'd buy what looked like a big iPhone that couldn't make calls and didn't have a camera. Because mobile apps are part of my business, not to mention Apple's excellent strategy of loading up dozens of iPads ready to play with in their stores, I did buy the first gen, and I'm really glad I did. It occupies a new niche; one I hadn't anticipated or understood until I had it in my hands for awhile."

I wouldn't go so far as to call it "Magical" like Apple's marketing claims, but the iPad enjoys a place on our coffee table and gets most of its use at home, in non-work or transition time. iPad is much more app-driven and has more in common with the smart phones. Since it's more portable than a laptop but also more limited, iPads are convenient in more places - in the living room, in bed, on a commute - wherever you might read books or magazines. Mine often rests on the coffee table handy for quick Google lookups, Tweeting with friends about election, sports events or news coverage, or just reading email with my morning tea.

Judd and Patti both have netbook devices, but prefer their smart phones and laptops. So though netbooks are quite portable - they didn't have the same effect.

Julie Gomoll (@juliegomoll), an early adopter of all things Apple, couldn't be with us in person, so I got a list of her favorite iPad apps just prior to the start of our session. She's a self-described gadget slut, so she should know.